​​Raising Awareness, Entertaining, and Inspiring - All While Raising Funds for Ukraine. 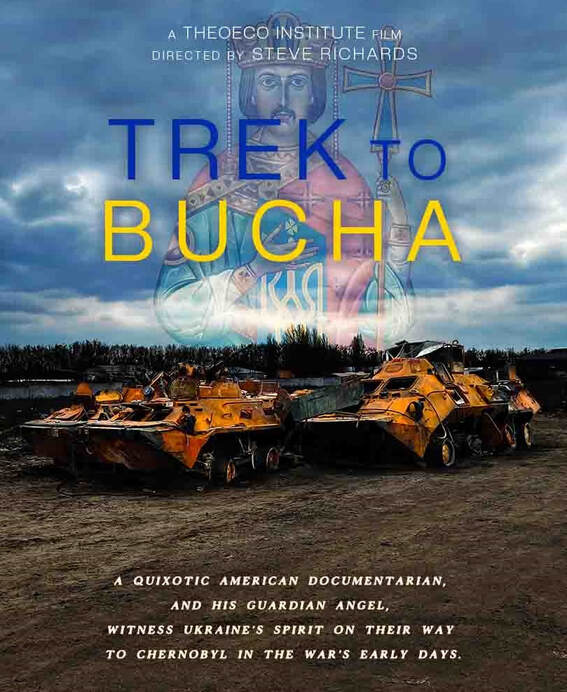 We are going on tour to promote Trek to Bucha on our way back to Bucha to premiere the film in Ukraine.

Be part of it! On-site in-person dates will begin in January as the long, cold, energy-tight winter in Ukraine and Europe moves in. Virtual events will potentially be held even sooner. Tour plans take us throughout the USA and Europe. We are currently booking screening dates to be announced in early January. Screenings will take place at churches/community centers, film festivals, universities and partner sponsored events. So, if you have a group that backs Ukraine – and wants to be entertained, informed, and inspired – we'd love to welcome you to the tour! 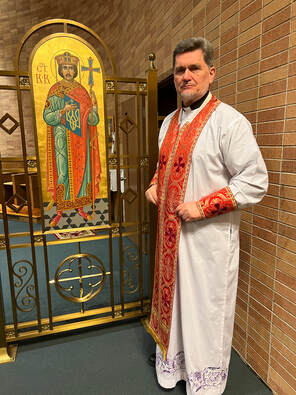 But things changed, and instead of the power plants he was led to Lviv, Kyiv, and Bucha, into the extraordinary worlds of people caught up in Putin’s war. The stories and images are from people like us caught in a war few imagined. Richards takes us into their world as they are living it. Breaking the limitations of network news coverage, the film gives us more than quick sound bites of victims. We hear stories about gratitude alongside the documentary’s footage, most seen nowhere else. It begins in Boston when Father Yaroslav from Christ the King Ukrainian Catholic Church called down a guardian angel to look over Richards on his journey. It’s easy to see the Spirit taking Richards from one rendezvous to another capturing the inspirational with the realities.
​“Steve, Bobbie, and the others have produced a must-watch film that freedom-loving people in the US and around the world will find inspiration. Slava Ukraini!”
– Alexander Gamota, Bear Witness 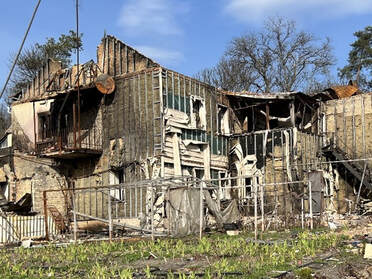 A destroyed home in Bucha
Why This Film
In the film we see normal citizens – a civil engineer, a businessman, a DJ, a restaurant owner, a student, an insurance agent – all forever changed and looking for a return to “normal life.”

Ukraine can use help over the long term and not just for its military. Property damage as documented in the film fits along a spectrum, from isolated damage in Lviv to almost complete devastation in Irpin. The film can help increase awareness and maintain support for Ukraine, to resource its capabilities economically as it rebuilds huge swaths of devastated terrain. Like a little Marshall Plan. Trek to Bucha can help with the information war which was repeatedly mentioned by interviewees as vitally important. It can also boost morale and support throughout Europe and the USA during a cold and energy-challenged winter.
“The documentary's texture presents the horror, terror, and yes, hope, without showing the gore of war. The generosity of spirit links all people of all walks and daily life… "
- Roma Hayda, Providence, RI
To dig deeper into the Theological/Spirit aspects of Trek to Bucha read
Epilogue: Force Majeure (Act of God) – Part 2 (Spirit)by clicking here. 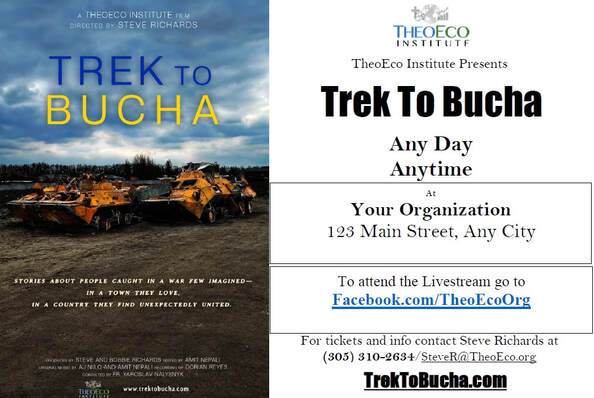 How it Works
​We had our premiere screening in Boston on September 11th and would very much like to screen Trek to Bucha for your group.

What’s required of your group? Basically, just screening facilities (for in-person events), and promotional assistance. Refreshments are optional. We can also help arrange a sponsor or two. Don’t have a screen? A/V equipment can be arranged. So, make it an event and invite the broader community. Together, we can shore up support for Ukraine as energy supply cutoffs – and ongoing war – test NATO’s resolve. Here’s all that’s necessary:


We will also be holding virtual screenings, complete with Q&A, online fundraising, and optional livestreams of the event.
Check out the post-premiere interviews we did at our premiere screening for a bit of insight as to how the film is being received. 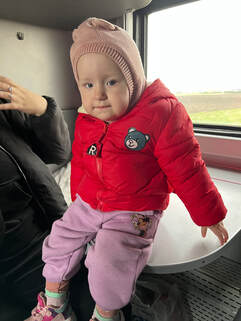 A new refugee on her way to Przemyśl, Poland
Join Us
​One story can move mountains.

​Through our strategic approach to distribution and community engagement, Trek to Bucha will reach a national and international audience. Our goal is to further support Ukraine and our universal fight for liberty. Here’s how we’re planning to do it:

The Director
​Steve Richards (For his filmography click here.) Richards directs and produces all of TheoEco’s documentaries. He went to Ukraine to film Trek to Bucha in late March 2022 for a month-long shoot that is the basis for the film. With four documentaries under his belt, he started TheoEco in 2015.
“Well done, especially the part where you see people trying to live the normal life amongst the destruction."
​- Vsevolod Petriv, Ukrainian Congress Committee of America, President of Boston Branch
Our Partners
For more information contact: