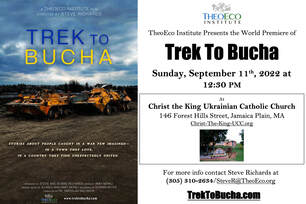 ​Be part of the Trek to Bucha World Premiere!
We are reaching out to companies and individuals to support Ukraine, Ukraine Forward, and Trek to Bucha by sponsoring the film’s premiere at Christ the King Ukrainian Catholic Church in Jamaica Plain on September 11, 2022. We’ll also be streaming the entire event, including Q&A with the team on Facebook Live!
Sponsorship Levels:
$2500 Principal Sponsor (Two Available)
Your logo/name on all promotional pieces/signage, website and social media. Featured at the screening as a presenter. Plus receive ten invites to the premiere!

$1000 Patron Sponsor (Five Available)
Your logo/name on all promotional pieces/signage, website and social media. Recognized at the screening with special thanks. Plus receive four invites to the premiere!

$500 Supporting Sponsor
Your logo/name on website and all social media. Recognized at the screening. Plus receive two invites to the premiere!
To become a sponsor use the widget below: 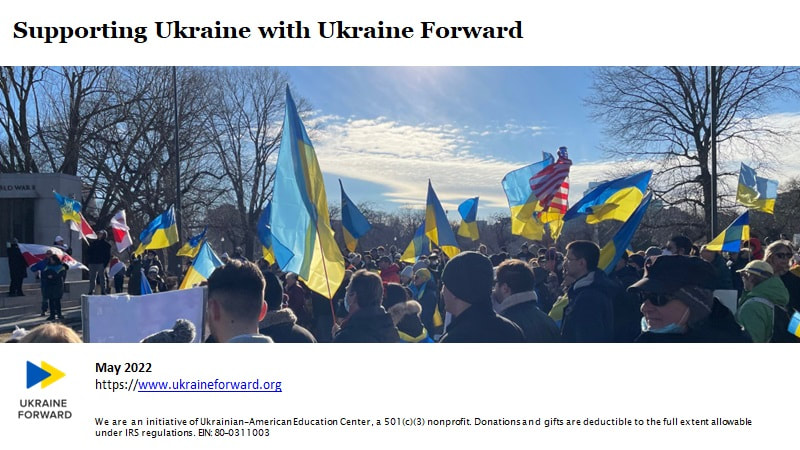 All sponsor fees go to covering the costs of the event then between funds for Ukraine Forward, an initiative of Ukraine American Education Center of Boston a 501(c)(3) non-profit and TheoEco Institute’s Ukraine documentary and research efforts. 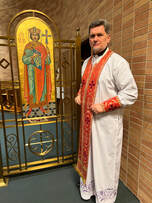 "Thank you again for your brave effort and personal commitment to produce the documentary film about the war in Ukraine. Your documentary film will be part of the recorded history about the sacrifice and heroism of the Ukrainian people in defending their freedom, dignity, and sovereignty."
- Fr. Yaroslav of Christ the King UCC

For more information call Steve Richards at 305-310-2634 SteveR@TheoEco.org
Support Us