So Flo Guns Home
So Flo Guns is organized chronologically in three parts with the Musket Ball Era first focusing on the time from 1513 through the Civil War in 1865 and represented by a musket ball found on Key Biscayne…. 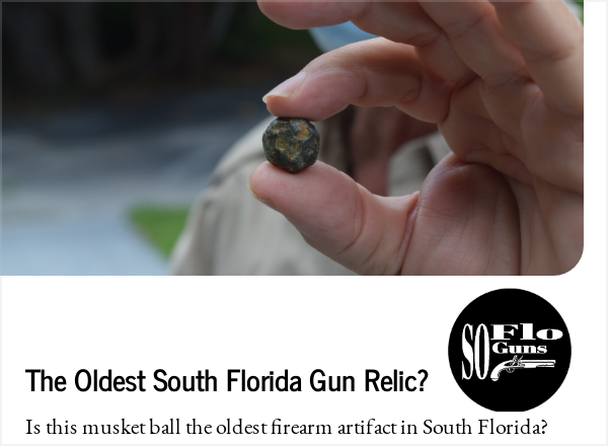 Can the history of South Florida be told through one tiny artifact? A single musket ball?

Looks like. So much so that we could easily dedicate an entire film to tell the stories it inspires. Stories that cover more than 300 years, from Ponce De Leon in 1513 to the sacking of the Cape Florida Lighthouse in 1836 – and the pirates in between. 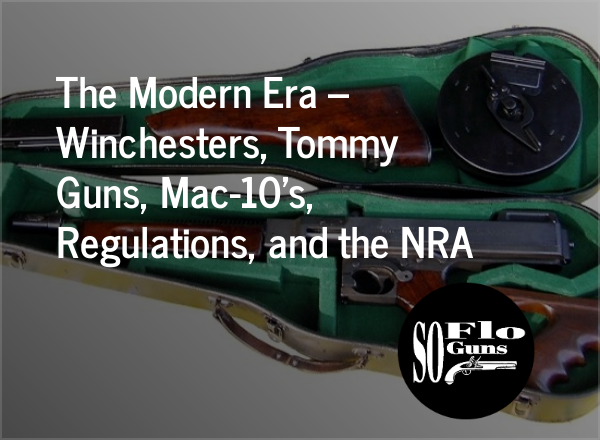 The period is a colorful and increasing lethal time in our gun history memorialized in countless movies including westerns, gangster, and contemporary action flicks. Each of these genres feature guns that evolve markedly with lever-action rifles like the Winchester featured in John Wayne’s The Searchers, to Thompson sub-machine guns aka ‘Tommy Guns” in films like Brian De Palma’s The Untouchables, to Uzi’s and Mac-10’s in Scarface. 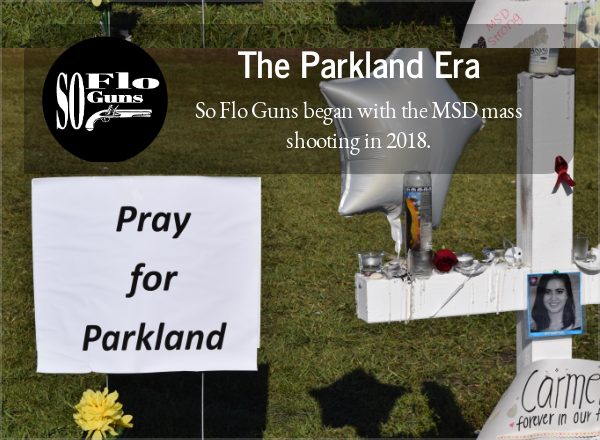 ​The filming of So Flo Guns began with the MSD mass shooting in early 2018.

We went to document the memorials and mourned with our neighbors. Living in Miami it was too close to home with my daughter (and So Flo Floods producer/cameraperson) Bobbie Richards the same age as the murdered students at the time. The frustration and remorse emanating from the massacre at one of our schools by a shooter with an AR-15 - and our apparent impotence to do anything about it - led to this documentary and its examination of how we got here. We spent the rest of 2018 documenting So Flo’s gun culture. 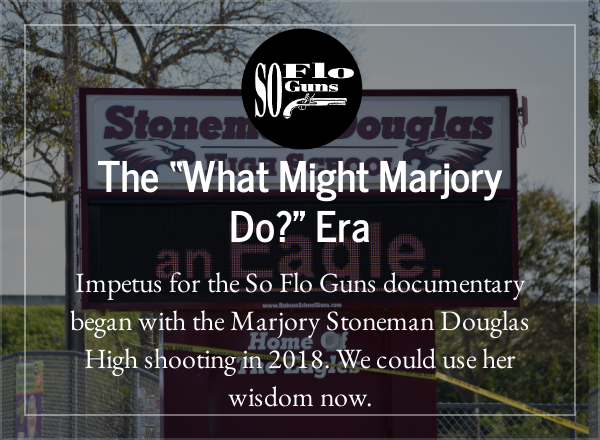 Our quixotic interest in disentangling, or at least illustrating the gun situation in the USA, is that the carnage, fear and emotional toll that we live with is unnecessary notwithstanding the seeming paralysis we are stuck with.

Which leads us to an epilogue in which we wonder what might be if all sides of the gun issue could be brought together to compromise and agree on a way forward. When it comes to guns in the USA we will need all sides of the discussion to reach a shared conclusion about steps to reduce their lethality on our fellow citizens like we’ve tamed South Florida’s flood waters. Much like what Marjory Stoneman Douglas accomplished with the Everglades whereby she brought all sides of the issue together - somehow. Something seemingly impossible in today’s political setting.